Finally, an easy way to translate SAP texts: Push the texts from your SAP system to XTM Cloud and give your translators an easy-to-use, web-based translation editor that lets them hit the ground running. With only a few clicks, you can start the translation process. You can email links to your translators that take them directly to the texts that need to be translated.

With XTM Connect for SAP Systems, you can implement end-to-end translation workflows. The tool takes file downloads and uploads out of the equation and easily scales from single objects to hundreds of thousands, even millions of texts. It supports all the user interface texts of SAP GUI transactions and Fiori apps, customizing, F1 help, Smartforms, SO10 texts, and much more. After synching the translations back to your SAP system, it’s easy to create a transport request containing the new texts. 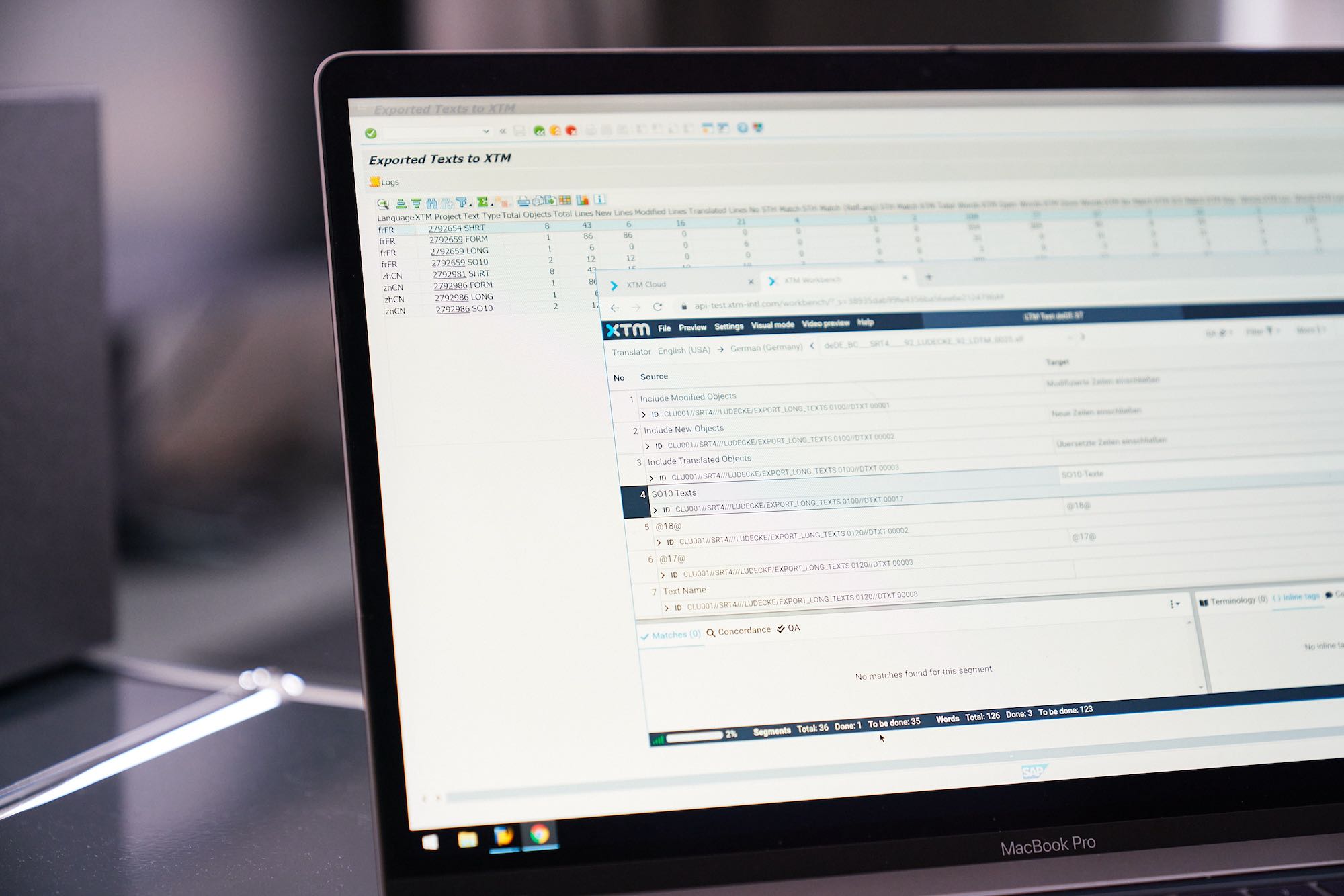 Read more on our other SAP translation tools...